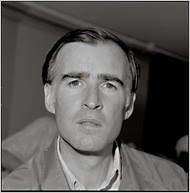 ➢ "For the uninitiated, ‘Governor Moonbeam’ became Mr. [Jerry] Brown’s intractable sobriquet, dating back to his days as governor between 1975 and 1983, when his state led the nation in pretty much everything — its economy, environmental awareness and, yes, class-A eccentrics." —Jesse McKinley, "'Governor Moonbeam' Recalled," The New York Times, "The Nation," March 7, 2010, 5.

➢ "Guess we are all aware that much adored celeb couple Brad Pitt and Angelina Jolie, known better by their grapevine sobriquet ‘Brangelina,’ have already disproved the recent song and dance in the buzz circles, over their rumored ‘split’." —entertainmentandshowbiz.com, Feb. 19, 2010.

➢ "With Nixon embroiled in his Watergate defence, [Alexander] Haig took on an expanded role, handling many of the president's governing chores, and earning the sobriquet, 'the thirty-seventh-and-a-half president'," said Politico.com. —By Madeleine Morris, BBC News, WashingtonBBCnews.com, 20 February 2010.

——————————————————————
ORIGIN
From the Old French soubriquet, chuck under the chin. —AHD
First cited: 1646. –OED
——————————————————————
COMMENTS
How does sobriquet differ from nickname?
The American Heritage Dictionary answers the question by usefully describing a conceptual hierarchy among the terms appellation  (the broadest term), sobriquet  (the narrowest), and nickname (an intermediate middle):

An appellation is a name, other than a proper one, that describes or characterizes, generally in pictorial terms, and that gains currency more through use than through a formal act of designation [as with a denomination or a title]: "Great Emancipator" is thus an appellation for Lincoln.

A nickname is an appellation with informal, sometimes humorous, overtones, such as "Honest Abe."

A sobriquet is an especially [emphasis added] humorous or picturesque nickname.

The nickname was coined by Mike Royko, the famed Chicago columnist, who in 1976 said that Mr. Brown appeared to be attracting “the moonbeam vote,” which in Chicago political parlance meant young, idealistic and nontraditional.

The term had a nice California feel, and Mr. Royko eventually began applying it when he wrote about the Golden State’s young, idealistic and nontraditional chief executive. He found endless amusement — and sometimes outright agita — in California’s oddities, calling the state “the world’s largest outdoor mental asylum.”

“If it babbles and its eyeballs are glazed,” he noted in April 1979, “it probably comes from California.”