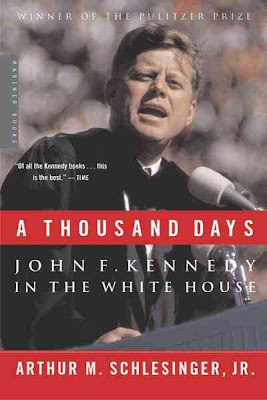 The Compact Oxford English Dictionary recounts two meanings of hagiography, one religious, the other secular:

1. the writing of the lives of saints.

2. a biography idealizing its subject

The combining forms hagi- and hagio- derive from the Greek hagi, which means saint.

The writing of the lives of saints; saints' lives as a branch of literature or legend.—OED, 2nd. Ed 1989

Mr. Kennedy's style was witty, and critics note that Mr. Schlesinger tended to render his administration in hagiographic terms.

—Michael Powell, "Managing Up, Down, and Sideways."

Arthur M. Schlesinger's critics use the word hagiography pejoratively, of course, criticizing Schlesinger for ignoring in A Thousand Days: John F. Kennedy in the White House (1965) the strict factualism of biography and presenting, instead, an idealized image Mr. Kennedy, his colleague and friend.

The book earned Schlesinger the Pulitzer and a National Book Award in 1966.

HAGIOGRAPHY, IN ITS RELIGIOUS SENSE

Although hagiography was born of the literature of Christianity, the word is used in other religious traditions as well, including Buddhism and Islam.

Following is a story from the BBC about the dramatic change in the market for Baathist hagiographies on the streets of Baghdad following the fall of the Hussein regime: 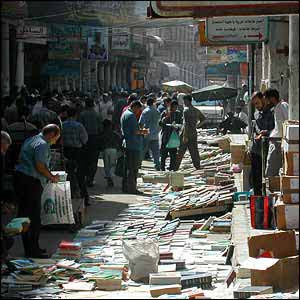 One of Baghdad's great traditions is the Friday book market in Mutanabbi Street.

Things have changed since the fall of Saddam Hussein – gone are Baathist hagiographies and the bestsellers are books about Shia Muslim figures.

The Encyclopedia Britannica provides a refined definition of the traditional hagiography and a detailed job description of the religious hagiographer:

The literature of hagiography embraces acts of the martyrs (i.e., accounts of their trials and deaths); biographies of saintly monks, bishops, princes, or virgins; and accounts of miracles connected with saints' tombs, relics, icons, or statues. Hagiographies have been written from the 2nd century AD to instruct and edify readers and glorify the saints.
The hagiographer has a threefold task: to collect all the material relevant to each particular saint, to edit the documents according to the best methods of textual criticism, and to interpret the evidence by using literary, historical, and any other pertinent criteria.

For memorable images and succinct narratives of sinners — souls that this posting has shamelessly neglected — read (or reread) The Inferno by Dante Alighieri (1308-21).

The final words of Niccolo Machiavelli — the Carl Rove of 15th century Florentine politics — might help the reader to discern just what kind of life is worth living — one that could be rewarded with one's life story canonized in a respected hagiography, or one notarized by your name being marked in block letters with a Sharpie pen by that-guy-you-don't-get-long-with-at-work on the appropriate page of your local library's copy Dante's Inferno. It's up to you.

I desire to go to hell and not to heaven. In the former I shall enjoy the company of popes, kings and princes, while in the latter are only beggars, monks and apostles.