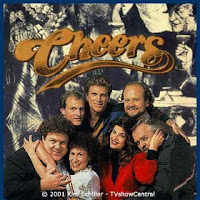 In the following article, a northern journalist returns to New Orleans following Hurricane Katrina to find "still palpable" the "Cajun bonhomie that [once] lit up Crescent City."

My most memorable evening was my last, when a group gathered at Galatoire's. It was a Saturday night, and ambling down a sparsely populated Bourbon Street to the 101-year-old restaurant did not bode well; on my last visit, the street was a shoulder-to-shoulder honky-tonk. But my spirits brightened considerably once we stepped inside. The place was packed with what were obviously regulars, who turned the long, mirror-lined dining room into an infectiously entertaining party. One of its ringleaders was our waiter, Gilbert "Louis" LaFleur. I can recall almost nothing about the food that evening, save the considerable sting of the two Sazeracs that I nursed over several hours. Instead, what's embedded in my memory are LaFleur's indomitable high spirits, a Cajun bonhomie that lit up Crescent City restaurants for more than 40 years, most of them at Galatoire's. His booming voice, as it led rousing rounds of "Happy Birthday," is my favorite mental postcard of the trip. LaFleur personified the soul of a city that was down but clearly not out, and I was grateful to him for capping my visit on a much-needed high note. Three days later, my host sent an e-mail: The day after our dinner, LaFleur suffered a heart attack and died--New Orleans finds its recipe for recovery. Despite Hurricane Katrina's swath of destruction, the spirit of bonhomie in the city's food community is still palpable.—Author: Nelson, Rick. | From: Star Tribune (Minneapolis, MN) | Date: August 24, 2006.

From The Chicago Tribune

The White House and congressional leadership met this morning to try and bridge the partisan gulf between them on Iraq War funding and it was soon clear that all the bipartisan bonhomie on display yesterday on the immigration reform had vanished today.

Republicans and Democrats each, not surprisingly, blamed the other side for the continued stalemate.

For the White House and Republican lawmakers, the problem was that Democrats kept insisting on timelines for drawing down U.S. troops, "surrender dates" as Rep. John Boehner (R-Ohio), the House Minority Leader acidly described them. — Posted by Frank James at 1:15 pm CDT http://newsblogs.chicsgotribune.com

One film critic speaks for many in his response to the 2001 film Amélie:

"With its generous bonhomie, unexpected twists and ceaseless invention, Amélie is, in my humble opinion, not only the most accomplished film of the year but the best of the new millennium."—James Cameron-Wilson 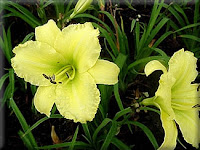 Circa 1356, French nobility begin using the term "Jacques Bonbomme" (James Goodman) as an ironically down-turned epithet for the rebellious peasantry. 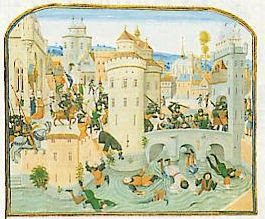 May 21, 1358, hundred peasants of Beauvaisis tackle the castles of their area, raping and killing the inhabitants, burning the residences. Their revolt extends very quickly to the farming community from the Paris basin.

It was the largest of the "jacqueries" attacks in the French campaigns.

Here is how The Century Dictionary accounts the term "Jacques Bonhomme":

Bonhomme (bo-nom'), Jacques. [F., 'James Goodman.'] A contemptuous sobriquet which the nobility in France gave to the people, par- ticularly the peasants.
See Jacqlerie [immediately below].

Jacquerie (zhak-e-ree’) n. French., A revolution the effects of which were to be felt at every fireside in France.
• "a new Jacquerie, in which the victory was to remain with Jacques Bonhomme." –Macaulay, Mirabeau

George Tenet: a "bonhomous boss-pleaser"
"There was hope [among New York Dems] that Bob Woodward's book 'Plan of Attack' would provide the unassailable smoking gun -- a fake-WMD skeleton in Scooter Libby's closet, or an up-close moron moment with the president vivid enough to power negative reinforcement forever on late-night TV. But Woodward mainly gives flesh and blood to all the shadows of the first term: How Secretary of State Colin Powell was cheesed off with the rush to war but went along with it anyway. How Vice President Cheney was caught in the psychodrama of unfinished business in Iraq from the first Gulf War. How CIA Director George Tenet is the kind of chunky, bonhomous boss-pleaser who shouts "It's a slam dunk!" in a meeting with the president when he knows it's what he wants to hear. A dinner party Woodward memorably describes at Cheney's house 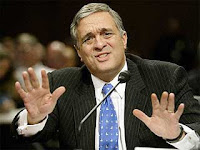 with all the neo-con cronies dumping on Powell feels like a trolls' convention in the Hall of the Mountain King, but then nobody ever thought a night at Dick and Lynne's place would be a fizzy edition of 'Dinner for Five'."
—Date: April 22, 2004 | Author: Tina Brown"Bucks Without the Buzz: Democrats' Sedate Party" From: The Washington Post

Q. Do bonhomie and the brand name "Bon Ami" mean the same thing?

A. No. In standard American English, "bonhomie" signifies "of cheerful spirit," while "Bon Ami" signfies a well-known brandname for a powdered household cleaner sold by the Faultless Starch/Bon Ami Company of Kansas City, Missouri. Happily, both words carry happy overtones. Also, bonhomie is pronouned [ bänm·hom·mie ], whereas the English brand name Bon Ami is pronounced with a stress on the second syllable: [bon AH'·me].

Pastiche is a knowing imitation:

Or an arrangement of many-in-one:

1. a. A novel, poem, painting, etc., incorporating several different styles, or made up of parts drawn from a variety of sources. 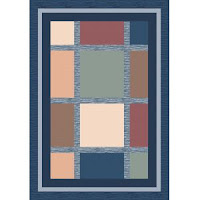 2. a. A work, esp. of literature, created in the style of someone or something else; a work that humorously exaggerates or parodies a particular style.
b. The technique of incorporating distinctive elements of other works or styles in a literary composition, design, etc.
OED Online.com
——————————————————————————————————
IN USE

Pastiche in its sense of "incorporating distinctive elements of other works or styles into a design" (many-in-one) made an appearance in a recent Time Magazine review of the film “Shreck the Third":
The ugly green guy (voiced by Mike Myers) and his retinue are back for Take

3 of DreamWorks' fractured fairy tale, this one directed by Chris Miller. Here, the happily married Shrek, shrinking from the prospect of becoming king, goes searching for a proper heir and instead finds the feckless Artie (Justin Timberlake). A laugh-packed opening gives way to meandering plot lines and lots of moralizing, with our hero sounding as dewily p.c. as an Ogre Winfrey. It's a goofy request, but maybe filmmakers should have a better reason to do a threequel than that its predecessors earned billions. Or could it be that the buoyancy of pastiche comedy is just harder to sustain the third time around? (May 28, 2007)

The definition of pastiche to which we are giving primary focus in this posting — "incorporating distinctive elements of other works or styles into a design"—applies in the context of the Shrek review in this sense: "Shrek the Third"'s (first-time) director, Chris Miller, is borrowing on the distinctive Shrek stylistic elements that were created for the first two Shrek films made by other film artists.

"Shrek the Third" was one of three films reviewed by Time. Each review comprised a single paragraph and was given its own headline—a single evaluative word beginning with the syllable un-. The full set of the three reviews were headed with this announcement to film fans:

How was each film rated? Read on:
In terms of its "buoyancy" as a comedic pastiche (to use Time's aquatic metaphor), "Shrek the Third" took a dive.

Pastiche
in its sense of
"many-in-one" has become
the name of a game invented by
Kate Wilhelm, the goal of which is "to create
legal sentences using words drawn from a pile."

And his very weblog, I am sure you have already realized, comprises a pastiche of the "many-in-one" sort. It is a gathering of direct citations from a variety of word-books, dictionaries, and web sites; precis of lengthy passages; glosses of various kinds, primarily of a word's meaning and standard usage; and illustrative images of drawings, paintings, advertisements, and photographs—in short, a compatchment of many forms in the service of one word.