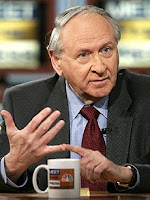 language maven of the first order.

maven: An expert, a connoisseur; a knowledgeable enthusiast, an aficionado.

• The most trying type [of customer] of all..is the ‘mayvin’. The word is of Yiddish origin, has entered the language. 1952 N.Y. Times Mag. 21 Sept. 5.
The currency of the word is said to have been boosted by the advertising campaign for Vita Herring, launched in the United States in 1964:
• Get Vita at your favorite supermarket, grocery or delicatessen. Tell them the beloved Maven sent you. It won't save you any money: but you'll get the best herring. 1965 Hadassah News Let. Apr. 30 (advertisement)
• I don't think your project is exactly the answer to a dictionary mayven's prayer.1985 Maledicta 8 125.
• I have in mind such English language mavens as William Safire and Robert MacNeil. 1991 Eng. Today Oct. 57/2.
—The Oxford English Dictionary Online.

Not a hopeless hypochondriac of history, nor a nabob who was negative and nattered, maven of the English tongue whose wordy mystery he believed to English-speaking people mattered, [William Safire] was a columnist the New York Timesallowed to disagree with its opinions. —Gershon Hepner, Physician and poet,The Huffington Post, Posted: October 3, 2009 03:08 PM.

NOTE: The opening phrases of Hepner's sentence echo "hysterical hypochondriacs of history" and "nattering nabobs of negativism" — playful epithets Safire invented in his speech-writing days for Vice President Spiro Agnew, who used them to describe the U. S. Media.

Though I rarely agreed with the assumptions behind William Safire's political rhetoric, I admired the directness and vigor of his expression, even if I sometimes winced at his word choices (Hillary Clinton: "a congenital liar") or at times wondered why he could just not let go of certain tenuous claims (notably, his repeated purport of a link between Qaeda's Osama bin Laden and Saddam Hussein serving as a sufficient warrant for invading Iraq).

But I never doubted the authority nor failed to enjoy the playful pronouncements of his New York Times Magazine column "On Language," always among my first-reads every Sunday morning. Sans Safire, Sunday mornings will never be quite the same.

What's that you say, falconer? I can't hear you. My once-bulging file of poetic allusions is flapping near emptyily. Writers who used to show off their erudition no longer sing in the bare ruined choir of the media.

Paul Krugman of The Times is doing his best to preserve the grand tradition of oblique poetic quotation. He recently wrote: "Right now Mr. Obama's backers seem to lack all conviction, perhaps because the prosaic reality of his administration isn't living up to their dreams of transformation. Meanwhile, the angry right is filled with passionate intensity." No Bethlehem slouch, he; that's based on William Butler Yeats' familiar "The Second Coming," in which "things fall apart; the center cannot hold" and "the best lack all conviction, while the worst/are full of passionate intensity." —"On Language," Sept. 6, 2009, 12.

"No Bethlehem slouch he," of course, brings to mind the poem's final lines: "And what rough beast, its hour come round at last,/Slouches towards Bethlehem to be born?"

Posted by John Horlivy at Saturday, October 03, 2009 No comments: