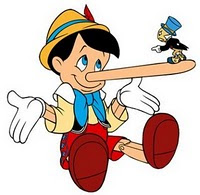 1. Relating to laughter or used in eliciting laughter.

3. Capable of laughing or inclined to laugh.—AHD

1. The ability or tendency to laugh.

2. A sense of the ludicrous or amusing. Often used in the plural.

"[James] Cameron* still has trouble with (or maybe just no interest in) writing a script that isn’t riddled with action-movie clichés, risible villains and ham-fisted foreshadowings. *Director of the movie "Avatar." — Steve Ponds, thewrap.com, Dec. 17, 2009.

WFB [William F. Buckley Jr.] was very proud of his son, as well he should have been. Christopher Buckley continues the legacy of Buckley wit and increases my risibility index with every reading. —From goodreads.com, Johnny's review of Little Green Men: A Novel, Random House Inc.

"Risibilities support us as we skim over the surface of a deep issue." — J. A. Pike —WIII

"Unable to control her risibles, Lady Grimley guffawed after Count Erple punctuated the silence with a hiccup."—J.H.

Mid 16th cent. (in the sense [inclined to laughter] ): from late Latin risibilis, from Latin ris- ‘laughed,’ from the verb ridere.—OAD

As as my modest attempt at risibility above about Lady Grimley strives to illustrate, risibile, as Webster's III of 1928 tells us, is sometimes used as a plural noun, "for muscles and other organs used in laughing," as in, for example, "one's being unable to control one's risibles." Granted, risibles in this sense is somewhat dated, but it can still be useful, especially with a nimble audience already familiar with the word. A standup comedian might say after telling a joke that prompted more laughter than she had anticipated, "A hah! That one tickled your risibles!"